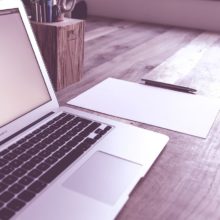 Epic Games has released patch v4.5 for Fortnite and it adds several new weapons and features, including an all-new practice game mode.

Playground gives you and three friends the chance to practice on a map without the pressure of a full Battle Royale.

You get limited time to create, play and train within the mode as it times out at an hour. Five minutes before the end, the storm will start closing in.

In addition, Epic Games has turned on friendly fire to make it interesting for four-man squads, and resources are more plentiful. It is effectively a practice area for newcomers, as long as they have several chums to team up with.

As well as Playground Mode, patch v4.5 (which is available for all versions of the game) adds dual pistols as a new weapon, friendly map markers that are now shown in the game, a fireworks launcher, and a host of other improvements and tweaks.

You can read the entire patch notes here.

Fortnite was most recently released for the Nintendo Switch, with all versions bar PS4 offering cross-platform play. That means you can play against someone on Xbox One, Switch, PC or iOS no matter which of the supported versions you play.

Fortnite for Android is coming but there is no news on a release date as yet.