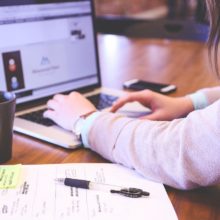 The way you listen to radio and podcasts on your phone is about to change, thanks to the BBC Sounds app, which is intended as an upgrade and eventual replacement for the existing iPlayer Radio app.

It’s packing a number of interesting features that the BBC hopes will entice you to make the switch before the old app is eventually phased out.

‘Continue listening’ will remember where you got to in various radio shows and podcasts, while a ‘Recommended for you’ section will serve up relevant content based on your interests.

You’ll be able to subscribe to podcasts or programmes to generate a personalised feed, add individual episodes to a curated listening list, and generally everything looks like it’ll be categorised much more neatly while still maintaining the things people like about the existing app, such as the rotating dial that lets you pick between different radio stations.

Is there an Echo in here?

It sounds like a very well thought out app, but personally I don’t know how much I’m likely to use it.

In my flat, my Amazon Echo has become my default way of listening to music. Although the existing iPlayer Radio app is quick as far as apps go, it can’t beat the speed at which I can blurt out a half-asleep command to get the radio on in the morning, and it also has the advantage of being completely hands-free.

I’m not alone. Recently, digital radio surpassed analogue for the first time in the UK, and it’s devices like the Amazon Echo that are behind this shift.

Then, when I’m on the go, I like to use a dedicated podcasting app to listen to recorded shows, and an app like TuneIn when I need my live fix.

Apps like these have the advantage of being packed with a huge breadth of features (support for Google Casts is a big one for me) and they’re also not limited to BBC programming.

I’ve yet to try out BBC Sounds for myself, but it’s going to have a big job on its hands if it wants to win me over. That said, if it nails the BBC’s traditionally high design standards then it could yet have a chance.

Are you still listening to the radio in 2018? How do you like to get your fix? Let us know @TrustedReviews.

The post BBC Sounds is the upgrade to iPlayer Radio we didn&#8217;t know we needed appeared first on Trusted Reviews.