Openreach reveals 59 new G.fast broadband locations – is your area among them? 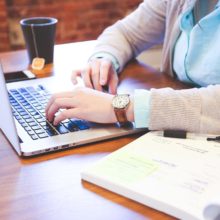 Openreach has announced the next UK locations in line for the roll-out of the G.fast broadband technology, capable of 330Mbps download speeds.

BT’s internet infrastructure division says an additional 59 areas are set for the upgrade, joining the 1 million UK homes with access to the hybrid tech. The roll out adds another 370,000 G.fast capable homes.

G.fast uses the existing copper infrastructure combined with a fibre optic cable to street cabinets. An extension pod running from that cabinet then allows 48 new ports to be connected to G.fast.

This offers an alternative to the fibre-to-the-premises services that deliver fibre broadband directly into UK homes.

Currently BT and TalkTalk are the only internet service providers offering access to G.fast services in the UK, but that’s likely to change in the near future.

Openreach MD for infrastructure delivery Kim Mears says: “Britons are using their home broadband connections more than ever – consuming more than double the amount of data than they did just three years ago. A mass of new apps and services which demand higher quality broadband connections are becoming parts of our daily lives in our homes and at work. That’s why we’re making this huge investment in upgrading the network, to make sure we stay a step ahead of that demand.”

Is this going to boost the internet options in your area? Let us know @TrustedReviews on Twitter.

The post Openreach reveals 59 new G.fast broadband locations – is your area among them? appeared first on Trusted Reviews.