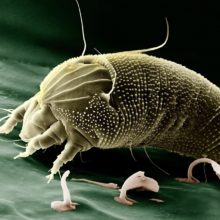 Tesla is to begin charging drivers for ‘Premium’ cellular connectivity on newly purchased cars. The company has, until now, offered free mobile data use for all drivers since the connected Model S arrived on the scene back in 2012.

However, Electrek has discovered internal documents to show the electric car pioneer is introducing a paid Premium Connectivity package on all cars purchased from July 1.

However, if you want to stream music, browse the web, or access live traffic and the satellite view then you’ll need the Premium package, which is going to be around $100 (about £70) per year. The first year will be free if you buy a Model 3, X or S with the Premium Interior option.

For cars purchased before July this year, Tesla will continue offering all cellular connectivity free of charge, except in cases when there’s extreme data use. This may come as a relief to drivers who purchased a Model S back in 2014 with the promise of four years of free data.

At the time the company said: “To further enhance the driver experience, new Model S customers will now receive free data connectivity and Internet radio for four years. As an added benefit to our existing Model S customers, the free four year period starts on January 1, 2014. To be fair to all, in rare cases a customer may be charged for extreme data use.”

Now it appears those drivers won’t have to pay for internet access at all, but those newcomers jumping on the Tesla bandwagon certainly will. If you’re looking to avoid the charge, you still have a few days before July 1 rolls around.

However, if you’re in a position to buy a Tesla Model S or Model X it’s unlikely you’re going to care too much about an extra $100 a month.

The news comes as Tesla looks to boost its revenue stream as CEO Elon Musk remains under pressure from shareholders. The company is also looking at ways to introduce a fee for Supercharger use in certain scenarios.

Is Tesla within its rights to begin charging for connectivity within its vehicles? Drop us a line @TrustedReviews on Twitter.