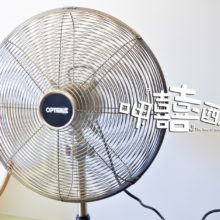 Microsoft has been working with accessory maker Razer on full keyboard and mouse support for the Xbox One console, judging by leaked documents.

Windows Central has obtained a presentation given to game developers explaining how the pair could “create the ultimate keyboard and mouse solution for Xbox One.”

During the presentation Razer showed how its Turret keyboard could “put the power of desktop grade gaming peripherals right in your lap as you play your favourite game titles on the couch.”

The report says the companies explained how the Chroma RGB lighting tech could be adapted to support Xbox One gaming experiences. This lighting could be useful when playing games like Overwatch, as on PC the lights can offer visual indications that character abilities are ‘cooling off’.

In terms of the mouse support, the presentation suggests it’ll offer support for up to 5 buttons, wheel movement, pointer location and much more. All mice supported by Windows would also be useable on the Xbox One, the documents say.

Following the published leak, The Verge says it has confirmed the partnership is real, with support set to roll out in the Xbox One fall update. However, that could still be subject to change.

While the addition would likely be welcomed by Xbox One gamers who prefer to smash keys rather than buttons. However, there’s a chance this could affect multiplayer experiences. In the presentation Microsoft says this game balance would be completely up to developers.

The company also says keyboard/mouse vs gamepad usage should be monitored throughout gameplay, while it is highly suggested that mouse/keyboard users be matched up together.

Would you prefer to play Xbox One games with a keyboard and mouse rather than a gamepad? Do you think new matchmaking rules will be required? Share your reasoning with us @TrustedReviews on Twitter.

The post Xbox One keyboard/mouse support could blur lines between PC and console gaming appeared first on Trusted Reviews.