Apple is building its own premium over-ear headphones, report claims 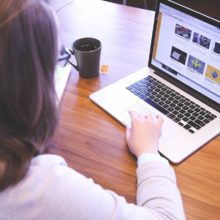 A new report has suggested once again that Apple is working on its first in-house pair of over-ear headphones. Although no name for the headphones has yet leaked, they’re expected to launch at some point in 2019.

Of course, Apple-owned Beats already produces a wide range of over-ear headphones. The difference here is that Apple’s own-branded device would focus more on the premium end of the audio market, according to Bloomberg, and would also carry Apple branding — which has remained absent from Beats headphones ever since the acquisition in 2014.

That’s about all the information we have about the headphones at this point, but already we’re pretty excited about what could be in store.

The reason for this is Apple’s W1 chip, which has already impressed us with its rock-solid wireless connectivity and impressive battery life.

The problem is that so far the chip has been paired with pretty uninteresting headphones. The AirPods have a sleek form-factor but they don’t sound especially great, and Beats headphones prioritise a bassy sound signature over an open, neutral sound.

Meanwhile, Apple has shown that it’s perfectly capable of producing amazing sounding devices in house. For all the valid criticisms you could level at the HomePod, poor sound quality is certainly not one of them.

So if Apple could combine the HomePod’s sound quality with a pair of headphones with the W1 chip built in, we’ll be very excited to hear the results.

Nothing has been confirmed by Apple, but with a 2019 release date rumoured we’ve got our fingers crossed for a reveal at Apple’s traditional September iPhone launch event.

What would you like to see from a pair of over-ear Apple headphones? Let us know @TrustedReviews.