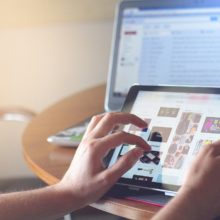 We still believe… Almost a week after their hard-fought victory against Tunisia, England are finally in action again. The Three Lions are set to take on Panama, who are playing at the World Cup for the first time ever, at the Nizhny Novgorod Stadium. Our guide reveals everything you need to know to watch the England vs Panama game on TV and online – and best of all, it’s free! Plus, full England vs Panama TV channel details, the kick-off time and more.

England got off to a great start with a victory in their opening match, and it’s a long time since we were able to say that about the national team at a major tournament. Harry Kane will be flying after his brace, any early nerves Jordan Pickford may have had should have settled, and everyone in between will know which aspects of their game they need to focus on (ahem, finishing).

Panama, meanwhile, come into today’s clash off the back of a 3-0 beating by Belgium, but the game wasn’t quite as one-sided as the scoreline suggests. Los Canaleros are at their first ever World Cup, and they’ll be desperate to make it a memorable occasion for the right reasons.

Without further ado, here’s how to tune into the game.

England vs Panama: When is today’s World Cup match?

The England vs Tunisia kick-off time is set for 1pm BST, which is 3pm local time in Nizhny Novgorod, Russia, where the game is being played.

The BBC and ITV are splitting World Cup TV coverage here in the UK, and the England vs Panama clash has gone to the Beeb.

The exact England vs Panama channel is BBC One, with coverage set to start at 12:10pm BST.

Related: What is VAR? The World Cup 2018 tech explained

How to watch England vs Panama: Live stream the World Cup

To watch England vs Tunisia online, all you need to do is fire up BBC iPlayer, which doesn’t cost a penny if you’ve got a valid UK TV license.

There are iPlayer apps available for virtually every modern platform and device. Below are some of the most popular to help you on your way.

Worried that you might not be able to access BBC iPlayer where you live? A common workaround is to use a VPN – and our guide to the best VPNs is the obvious place to get started choosing the one that’s right for you.

Share your England vs Panama World Cup predictions with us @TrustedReviews.