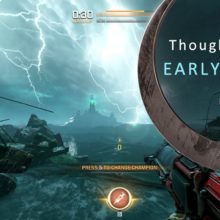 Still not doing much with Quake Champions on this channel until the performance issues are fixed, but I stream it a fair bit at https://www.twitch.tv/rocketjumpninja

The new maps look great, looking forward to more.
DOOM is a welcomed addition but could use a buff in some ways.
$30 for early access is a good deal for all current and future champions.
QuakeCon was great but the game wasn’t really ready.
19 year old won in both Duel and Sacrifice
Australian player JAM Astroboy managed Top 16 (yay Dan!)

And I’ll give my thoughts on Duel and Sacrifice in another video if people are interested. Still waiting on CTF.