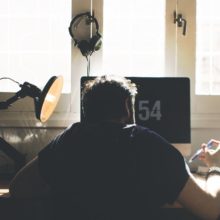 A Bloomberg report says Apple is targeting a September release for the long-awaited accessory, probably alongside the 2018 iPhone models. Apple has always promised a 2018 release for AirPower, but it had been expected much sooner.

The report from the well-connected Mark Gurman says Apple has been addressing a “technical hurdles” since announcing the product alongside the iPhone X last September.

According to the report, those challenges include overheating and the phone’s complex circuitry.

“Company engineers have been toiling away to address problems. One challenge is making sure the charger doesn’t overheat. Another is the complexity of the circuitry, according to people familiar with the device’s development.”

The company’s solution is unique because it can charge three devices at a time. An iPhone, Apple Watch and AirPods can all be charged simply by laying them flat on the charging mat. However, packing multiple sensors into the AirPower has made finalising the internals trickier, the sources say.

The report cites third-party manufacturers who say this approach is more difficult because it could require three different kinds of charging components for the respective Apple devices.

The issues don’t stop there, according to Guttman’s update. The custom Apple chip on board AirPower runs a stripped down version of iOS in order to interact with the devices it charges, Apple has also had to fight issues pertaining to the on-board firmware, the report says.

Are you still patiently waiting for AirPower? Or have you bought a third-party solution? Drop us a line @TrustedReviews on Twitter.