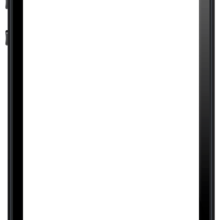 It’s likely to still be years away, but at E3 2018 Microsoft’s Phil Spencer took to the stage to confirm that the company is hard at work on the Xbox’s next generation of hardware.

Aside from that, the head of Xbox didn’t have too many more details to share about the upcoming hardware, leading to much analysis of the few words he did choose to share.

So before we jump into the details, here’s what Phil Spencer had to say in full at the conference.

“Our experts in Microsoft Research are developing the future of gaming AI, so the worlds and characters we enjoy will be even more rich and more immersive. Our cloud engineers are building a game streaming network to unlock console quality gaming on any device. Not only that, but we are dedicated to perfecting your experience everywhere you want to play, [whether] it’s on your Xbox, your PC or your phone, and of course our hardware team, the same team that delivered unprecedented performance with Xbox One X is deep into architecting the next Xbox consoles where we will once again deliver on our commitment to set the benchmark for console gaming.”

There’s a lot to unpack in there, so let’s get started! Fundamentally, the Xbox Two is the successor to the Xbox One, and will be the fourth generation of consoles from Microsoft.

Most of what we know about the upcoming hardware comes from Phil Spencer’s announcement at E3 2018, where interestingly he used the plural of the word “consoles”, indicating that Microsoft could launch more than one next-gen machine, like it has done with the Xbox One X and Xbox One S?

In other words, it could be similar to what Apple does with its iPhone updates year after year, where it releases a premium ‘Plus’ model alongside a normal mainstream model.

The big question will be how the two consoles will differ. The Xbox One X and Xbox One S were released at a time when 4K TVs were still in the early stages of being adopted, so it made sense to have one model that ran games at 4K, and another that was better suited to 1080p TVs.

However, when the Xbox two is released, 4K TVs are likely to be much more commonplace, so it might not make sense to release a console that’s still limited to running games at Full HD.

At the moment, only Microsoft has answers to these questions.

Xbox Two release date – When could it be coming out?

A potential release window for Xbox Two remains a mystery at the time of writing. Console’s have historically worked on a six-year release cycle, and with the Xbox One originally having released in 2013, that makes 2019 the obvious year for a followup.

That said, the release of the Xbox One X in 2017 has disrupted the usual release cycle. We’re in uncharted territory at the moment, meaning a 2020 release or even later could be on the cards.

The current consensus is a 2020 release for the new console though, and we’d be surprised if we didn’t see more details emerge at E3 2019. Xbox Two games – What can we expect to play?

At the moment we have two high profile games that we definitely know are coming to next generation consoles, which means that they’ll presumably be making their way to the Xbox Two.

Both were announced by Bethesda on stage at its E3 2018 conference. One is a sci-fi game called Starfield and the other, The Elder Scrolls 6, is the next entry in the long-running RPG series.

Beyond these two games, we’re forced to speculate a little more about what might be on its way. Halo: Infinite has been announced by Microsoft as the next big Halo game, but the lack of any firm details has us thinking this might be a game set to launch on Microsoft’s next console.

Outside of new games, it sounds like we might be set for another dose of Xbox backwards compatibility. In a recent interview with Eurogamer, Spencer said “I’m very proud of our track record of compatibility and us respecting the purchase of games you’ve made with us and bringing that to the current generation.” Xbox Two specs and features — How will it work?

In terms of the hardware, it’s possible we’ll see the Xbox Two embrace GDDR6 memory for its GPU. This was both reported by reliable Microsoft insider Paul Thurrott, with further evidence being provided by a recent job-listing for the company. This is a standard of memory that’s not even available for gaming PCs just yet.

Elsewhere, Spencer has indicated that the console will come packing similar variable refresh rate technology to what we’ve seen roll out on the Xbox One. With HDMI 2.1 including the tech as part of its spec, it’s likely to become much more widespread in the future.

Streaming is also likely to play a big part of the new console’s experience. In Spencer’s E3 talk he made specific reference to a “game streaming network” which will “unlock console quality gaming on any device”. The obvious application here is phones, but we’d surprised if Microsoft didn’t also use a little bit of this cloud computing power to enhance games that are already running on a console.

Finally, Spencer’s mention of ‘gaming AI’ has us hopeful that we might see improvements that aren’t just graphical. For years it’s felt like we’ve been playing against NPCs with a very limited set of skills, and we’ll be very excited to see this change. Xbox Two wishlist  – All the stuff we’d love to see

When it comes to big-name exclusives, Microsoft has been lagging behind the quality of Sony and Nintendo for some time. Of course, the likes of Forza, Halo and Gears of War continue to impress, but they’re relatively predictable when it comes to the competition. Here’s hoping Crackdown 3 and State of Decay 2 rock the boat ahead of Xbox Two’s arrival.

But even then, Sony has a list as long as your arm on PS4, with God of War, The Last of Us Part 2, Days Gone, Spider-Man, Death Stranding and so many more. Xbox has an awful lot of catching up to do that could take them many years to even be in the conversation.

Microsoft announced the acquisition of a number of exciting studios at E3 2018 including Hellblade developer Ninja Theory and Playground Games, so hopefully these new studios will be capable of developing the kinds of exclusives the company desperately needs.

Despite going through multiple iterations since its 2013 launch, the Xbox One interface can still feel finicky to use. The abandonment of Kinect meant that menus originally designed with voice navigation in mind had to be redesigned from scratch, and this clearly wasn’t an easy task.

Switching from games to download to your friends’ list and back has never been the most intuitive, and we’d love to see Xbox Two address deliver a fully fledged overhaul. The option for shortcuts to specific menus or an easier way to navigate each section would be great. The return of voice control

This one might prove to be a little controversial but we really liked the idea of Cortana voice control in theory. It was just a shame that in practice its Kinect implementation ended up feeling a little clunky and inconvenient.

With recent rumours suggesting we might soon see the likes of Alexa and Google Assistant on Xbox One we’d be interested to see similar support on the Xbox Two if only for the convenience of being able to launch games with our voice.

Take Play Anywhere to the next level

As gamers that regularly play on both PC and console, we’ve been really enjoying Microsoft’s current Xbox Play Anywhere initiative. We’d love to see them taken further for the next console, and embraced by more third-party games and platforms.

At the moment, Xbox Play Anywhere is mainly concentrated on Microsoft’s own titles, and you have to download and manage them through Microsoft’s own digital store on PC. We’d love to see more publishers come on board to make their games compatible, and to be able to manage the PC half of our library through the industry standard Steam marketplace.