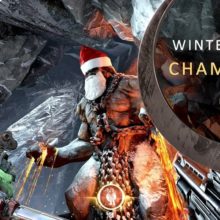 Quake Champions has had some issues with stutter, lag, rubber banding, shots not connecting… ok a lot. But with the last 2 patches, it’s become much better. In fact, it’s amazing. We’ve actually had smooth gameplay experiences! I’ve heard reports of crashes with the latest patch, but most people seem to be reporting that the latest patch is great.

So now might be the time to buy the Quake Champions pack if you’ve been thinking about it.

I’m still waiting on new modes, but it’s great seeing the game progress to where it has. Check it out!

My idea for a mode – Siege: https://youtu.be/e8HwWQoRBm4