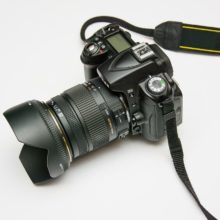 Facebook’s auto-playing video ads are coming to the standalone Messaging application. The social network, who’s stock price reached record highs this week despite recent controversies, is rolling out the Messenger ads next week.

Facebook told Quartz the ads, which will begin playing as you scroll through the app, will appear for a small group of users from Monday June 25.

The ads “will be rolling out video ads gradually and thoughtfully,” Facebook says, suggesting it’ll reach the wider base in due course.

In a statement, the company added: “People that use Messenger each month are our top priority and they will remain in control of their experience.”

According to the report that simply means engaged users will be able to manage the ads they see, rather than opt out all together.

“Top priority for us is user experience,” said Stefanos Loukakos of the Messenger ad business.

“So we don’t know yet [if these will work]. However, signs until now, when we tested basic ads, didn’t show any changes with how people used the platform or how many messages they send. Video might be a bit different, but we don’t believe so.”

Will the presence of ads prevent you from using Messenger? Or was this inevitable? Drop us a line @TrustedReviews on Twitter.

The post Facebook finds another way to bombard you with auto-play video ads appeared first on Trusted Reviews.