Google Pixel 3 XL might have dual-cameras, but not on the back 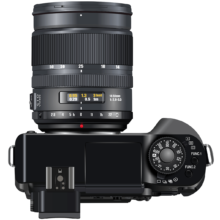 The third-generation Pixel XL handset will continue to eschew a dual-lens rear camera, if a new leak is to be believed.

It had been hoped by some fans Google would finally adopt a pair of rear-facing cameras for the first time in the range. However, evidence presented by prolific leaker Ice Universe suggests the Pixel 3 XL won’t oblige.

An image posted on Monday suggests a single-lens rear-facing camera will be supplemented by a pair of front-facing cameras. You can see the image for yourselves below. The image also shows a minimalist notch on the front of the device, a rear-facing fingerprint sensor and an LED flash on the back.

While the leak has been greeted by incredulous smartphone fans online, it’s worth pointing out Google’s previous efforts remain among the best-rated smartphone cameras, even with their single-lens options.

The Pixel 2 camera earned a 98 score from the influential DXO Mark website, placing it below just a handful of devices over all. At the time of review, it set the company’s record score for image quality.

If this information turns to be accurate, and the Pixel 3 XL phone rocks up without a dual-lens camera, it’d be more evidence Google believes its current solution is more effective than the current trend.

In our own review, updated this summer, Max Parker wrote: “Google also steers clear of enhancing the rear camera of the Pixel 2 XL with dual-sensors – but don’t let that put you off, though, since this is a stunning snapper. The 12-megapixel camera is now optically stabilised, has a wider f/1.8 aperture for better low-light shots and a new Portrait mode for effectively blurring the background.

“Those specs may not sound groundbreaking – and, on paper, there isn’t much here we haven’t seen before. But Google’s skill is in the software and the processing tricks it applies after the shot has been taken.”

It has been widely expected the smaller Pixel 3 will retain its single lens camera too, when the launch takes place later this year.

Would you be concerned if the Pixel 3 XL rocked up without a dual rear-facing camera? Or do you trust in Google’s imaging team to get it right?

The post Google Pixel 3 XL might have dual-cameras, but not on the back appeared first on Trusted Reviews.