No, Netflix isn’t available on the Nintendo Switch 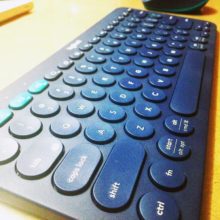 Rumours have been bandied around claiming that the Japanese firm is working with streaming titan Netflix to bring a custom-built application to the Nintendo Switch ever since it hit the shelves back in 2017, with some tipsters claiming that it would launch alongside a YouTube client at E3 2018.

That particular rumour, which started off as nothing more than chatter among fans, was seemingly corroborated by US retailer Best Buy on the eve of its E3 2018 keynote, when it refreshed its Nintendo Switch product page with logos belonging to Netflix and YouTube, sending the Internet into frenzy of excitement.

The description of the listing, which has since been restored to an earlier version, was also amended to outline the Switch as a “smart-enabled” console that can be used to “stream movies, listen to music and access a wide variety of other content,” hinting that support for more streaming services was right around the corner.

But alas, that wasn’t the case. Nintendo didn’t so much as mention Netflix or YouTube during its conference, nor did it discuss plans to add more streaming platforms to the Switch in the future. Instead, it announced Fotnite: Battle Royale and shared some details about titles headed to the console later this year.

Keen to rectify its mistake, Best Buy reversed the changes and issued a statement claiming that the update to its Nintendo Switch listing was nothing more than an error, noting that it does not know if and when Netflix and YouTube are en route to the device – which most of the Internet believed to be utter hogwash.

That led to a somewhat reasonable alternate theory making the rounds online: someone at Best Buy HQ received the information ahead of time and was tasked with preparing an update for the product page that would go live as soon as Nintendo made the announcement at E3 2018, but messed up the scheduling.

It turns out Best Buy was telling the truth.

Are you waiting for Nintendo to add more streaming services to the Nintendo Switch? Let us know over on Facebook or Twitter @TrustedReviews.

The post No, Netflix isn&#8217;t available on the Nintendo Switch appeared first on Trusted Reviews.