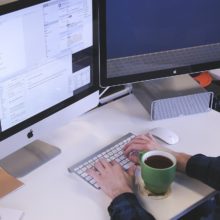 It’s the fourth day of Russia 2018, and World Cup darlings Brazil are set to take on Switzerland at the Luzhniki Stadium, in the second clash of Group E. Our guide reveals everything you need to know to watch the Brazil vs Switzerland on TV and online – and best of all, it’s free! Plus, full Brazil vs Switzerland TV channel details, the kick-off time and more.

Oh, how Brazil wish they’d had their current squad four years ago. The Seleção were carried to the semi-finals of the 2014 World Cup in their homeland by Neymar (and a few extremely generous refereeing decisions), where they were deservedly taken apart by Germany. The Samba Boys look far stronger now, and are being hotly-tipped for the grand prize.

Switzerland, meanwhile, are solid outfit that will be heavily reliant on Xherdan Shaqiri for both goals and creativity. As we saw in 2014, he’s more than capable of taking on the responsibility. Plenty more of Die Nati’s players will be familiar to fans of English football, but the likes of Johan Djourou and Granit Xhaka are better known for their gaffes than their quality.

Without further ado, let’s get to the nitty-gritty of how everyone can tune into the game.

Brazil vs Switzerland: When is today’s World Cup match?

The Brazil vs Switzerland kick-off time is set for 7pm BST, which is 9pm local time in Moscow, Russia, where the game is being played.

The BBC and ITV are splitting World Cup TV coverage here in the UK, and the Brazil vs Switzerland clash has gone to ITV.

Coverage is set to start at 6.30pm BST. Hopefully they don’t replace the first 30 seconds with ads again…

Related: What is VAR? The World Cup 2018 tech explained

How to watch Brazil vs Switzerland: Live stream the World Cup

To watch Brazil vs Switzerland online, all you need to do is fire up ITV Hub. The free app is available for virtually every modern platform and device. Below are some of the most popular to help you on your way.

Worried that you might not be able to access BBC iPlayer where you live? A common workaround is to use a VPN – and our guide to the best VPNs is the obvious place to get started choosing the one that’s right for you.

Share your Brazil vs Switzerland World Cup predictions with us @TrustedReviews.