Skull and Bones: We try out the pirate adventure for ourselves 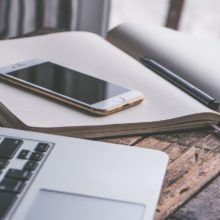 E3 2018 gave us our second big look at the upcoming pirate adventure thanks to Ubisoft’s conference. A new cinematic trailer gave us a polished view of the world of piracy, and we even got to try out the game on the show floor. Read on for our first hand impressions of the game’s multiplayer.

Who doesn’t love helming their own pirate ship? It proved to be a blast in Assassin’s Creed: Black Flag as Edward Kenway sailed across the caribbean in search of murder, treasure and templars. Now, Ubisoft is adapting the ship combat from Assassin’s Creed into its own, fully-fledged outing. Skull and Bones is all about the pirate’s life, and it’s definitely for us.

Pre-order Skull and Bones from Amazon UK | Amazon US

TrustedReviews has compiled everything you need to know about Skull and Bones including all the latest news on its release date, gameplay, trailers and more. What is Skull and Bones?

Developed by Ubisoft Singapore, Skull and Bones is an experience that focuses primarily on naval warfare and being a general menace across the sea. Featuring both single and multiplayer components, you can choose to battle it out with friends or go it alone in a quest for naval supremacy.

The game will be set in the Indian Ocean, after the British Empire stamped out piracy in the Caribbean Ocean.

We know a few things about how the game will be structured. You’ll have a hideout where you can purchase upgrades for your ship, and once you’re tooled up you can head out onto the open seas to plunder to your heart’s delight. You can disguise your ship as belonging to other countries in order to sneak past patrols, but you’ll also be able to take them on in battle if you so choose.

You’ll need to be careful once your hold is filled with loot, as the demonstration suggested that it will be all too easy to loose your rewards in battle. Skull and Bones Gameplay Preview – How does it play?

For all its refined combat and exploration, the thing that people always remember about Assassin’s Creed 4: Black Flag is the ship battles, and it’s hard to shake the memory of that game when you’re playing Skull and Bones.

The difference here, of course, is that while ship battles were a side-show in Ubisoft’s action-adventure epic, here they make up the entirety of the experience where you also get to play alongside other players.

We were thrown into a roughly 20-minute long match with a group of nine other attendees at E3 2018 and were left free to plunder, explore, and otherwise indulge in more of the pirate adventures that Black Flag had promised us.

Now that you spend your whole time sailing, it’s a much more complicated affair. You constantly have to keep an eye on wind direction in order to make your way around the map, and your objectives are only revealed to you once you switch your view to the Crow’s Nest (and even then your objective will disappear from view after a short period). To start with, we were tasked with looting cargo from a number of ships, so we set about finding them using the crow’s nest, and making our way there.

Our first problem was the wind. Put simply, it always seemed to be blowing in the wrong direction, preventing us from making effective headway.

There’s a lot of UI on-screen with Skull and Bones, and we’ll admit it was a little difficult to work out what all the talk of ‘wind profiles’ meant during our brief 20-minute play session. Strangely, despite there being far less information on screen while you play a game like Sea of Thieves, the amount of audio and visual clues given to you by Rare’s adventure makes it easier to feel what you should be doing.

Thankfully, once we reached our destinations, combat in Skull and Bones was a lot more fun. We chose to play with a ship featuring pretty decent all-round abilities, which meant that it featured a balance of speed and firepower. Simply unloading into our opposing ships using our broadside cannons wouldn’t have worked, so we nimbly switched to our front-facing cannons to ruin their sales and make it easier to circle them and position ourselves so we could fire at them without them firing back.

With their health depleted, we boarded their ship for extra resources. Rather than seeing our crew leap aboard the enemy ship as we played, however, this action started a short cutscene, where we were treated to a montage of our crew jumping aboard and overpowering the enemy vessel.

It was a similar story when it came to repairing our own ship; rather than seeing our crew get to work with planks of wood as we sailed, all the action instead took place in a cutscene, which felt strange considering we were still taking part in a multiplayer match.

Related: Beyond Good and Evil 2 With every player assigned to their own objectives, we never had a moment where we absolutely had to take on another human in naval combat. Nevertheless, in the spirit of journalism, we bravely pursued our opponent and picked a fight that it turned out we had no chance of winning.

Well, perhaps if we’d planned it better we might have had a chance, but as it stood we chose to take on a ‘Royal Fortune’ ship, which specialises in having broadside cannons that never need to reload. In contrast, our ship’s special ability was a ‘ramming attack’, which requires a lot more strategy to use successfully. Suffice to say we were forced to take a quick trip to Davy Jones’ Locker on more than one occasion throughout our match.

Before long though, our 20 minutes assigned match was over, and it all ended up feeling a little anticlimactic.

There’s a lot going on when you’re playing Skull and Bones. There are UI elements to track, objective markers that disappear when you’re not using the Crow’s Nest, and different ships with varying specialties that you’ll need to be aware of before you choose to take them on in battle.

All of this makes it a game that was very difficult to get a handle on during a single brief play session.

That said, we hope there’s complexity to Skull and Bones that we were missing because it didn’t feel like there was a huge amount of depth to the game beyond learning its systems. You approached enemy ships with your small number of different weapons, you got them into the sights of the ones that made the most damage, and you hoped the wind didn’t put you at too much of a disadvantage.

With the game set to release in 2019 we hope there’s enough time to add a little more strategy, or else make the strategic elements available a little more easy to read and understand to the average player.

We now have plenty of Skull and Bones gameplay footage to watch. They’re all embedded below.

If you’ve been missing sailing the seas in a Ubisoft title since Assassin’s Creed: Black Flag, this could be right up your street

The post Skull and Bones: We try out the pirate adventure for ourselves appeared first on Trusted Reviews.