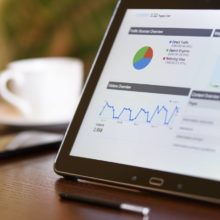 Microsoft has issued an urgent software update for Windows 10 to patch an exploit that could, if not dealt with, let hackers launch malicious software from the lock screen using the built-in Cortana digital assistant.

McAfee notes that hackers can use the exploit to reset the password belonging to the administrator account. From there, accessing all of the secrets stored on the machine will be as straightforward as entering the new passpord a few times.

The firm recommends that all users disable Cortana from being accessible on the lock screen, in order to cut off access to the door that hijackers can use to gain access to your machine, until the latest software update is available for their PC.

That said, Microsoft started rolling out the release on June 12 – so there’s a good chance it’s been downloaded and installed in the background. To check to see if it has, type About in the search box on the taskbar, then select About Your PC.

Next, look under PC for the Version and check it says CVE-2018-8140. If it doesn’t, tap the Start button, hit Settings, select Update &amp; Security, press Windows Update, then click Check for Updates to install the upgrade.

Have you, or someone you know, been affected by the Cortana vulnerability? Let us know the details over on Facebook or Twitter @TrustedReviews.

The post This update will prevent hackers from using Cortana to break into your Windows 10 PC appeared first on Trusted Reviews.