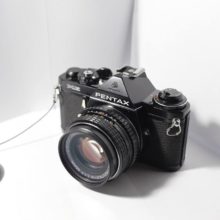 Developed exclusively for Nintendo Switch, Pokémon: Let’s Go, Pikachu! and Pokémon: Let’s Go, Eevee! is inspired by the likes of Pokemon GO and other pocket monster RPGs that came before it. It’s also a nostalgic love letter to past outings as it transports players back into the Kanto region will all of the original 151 creatures you’d expect.

And, of course, your mission is to become the Pokemon Champion and catch ‘em all!

Let’s Go, Pikachu! and Let’s Go, Eevee! will be releasing exclusively for Nintendo Switch on November 16, 2018. You can buy them both physcially and digitally.

Game Freak has confirmed that this isn’t the only Pokemon title in development either. A fully-fledged new entry in the RPG series is in the works for a 2019 release. There’s been some hesitation for Let’s Go, Pikachu! and Let’s Go, Eevee! because of its obvious simplicity compared to mainline entries in the series. But to do so is to completely ignore the monumental success of Pokemon GO, and the incredible number of new and lapsed Pokemon trainers it brought into the fold. Playing the game at E3 2018, it’s undeniable that it’s simpler, and plays heavily on the mechanics utilised in the mobile phenomenon, but that doesn’t mean it’s not great fun for experts, too.

The E3 demo is pretty limited, consisting of a few small park spaces filled with a few trainers and early-level Pokemon, like those you’d see just after getting your very first Pokemon. The likes of Pidgey, Oddish, Caterpie and Metapod are all wandering around in the grass while trainers stand in wait for you to wander into their line of sight to start a battle.

As mentioned before, you can’t actually battle wild Pokemon. Encounters occur as they do in Pokemon GO, where the only aim is to capture any creatures you meet. But doing so does gives experience toward your party Pokemon, and the game makes use of motion controls to time the throw of the ball with a pulsating circle, just like GO. If a Pokemon is particularly feisty, this will be noted by the colour of the circle (green is easy, red is hard), and some beasts will move around, making them even harder to catch. This is made easier by feeding them different berries, too. Anyone who has played GO will be familiar with the system, but it’s important to note that, for a significant portion of the experience to veteran players of the handheld series, this is radically different. Trainer battles are the same as they’ve always been: pitting your Pokemon against one another in a battle of strengths and weaknesses to see who comes out on top. Thanks to the limitations of the demo, it was very basic once again: all the Pokemon begin at level five, there were no potions in the inventory and I couldn’t switch out the party, which consisted of Pikachu, Squirtle, Meowth, Charmander and a couple other early pocket monsters.

The blessing is that the game focuses solely on the original 151 Pokemon, so that caters to fans like myself whose childhood is built around those iconic characters, and not Pokemon that resemble vanilla ice creams and keychains. This also means a return to Kanto from the likes of Pokemon Red, Yellow and Blue.

I also played the game using the Pokeball Plus controller, which is utterly adorable. The small ball can be used to control the majority of the game, although there will be times where you’ll need an additional Joy-Con to access some menu options. There are only two buttons on the Pokeball: The analogue stick can be clicked which acts as an A button, while the top of the ball, the red half, can be clicked and acts as B. In menus there will be times where you can press Y to access further information about your caught Pokemon, so you’ll need a Joy-Con handy to do this. It’s certainly addictive, rather than a replacement for controllers. Another slight issue is that, when clicking the analogue stick, it’s very easy to move the stick at the same time, meaning there’ll be times you’ll click a different menu option than the one intended.

But it’s rubberised grip feel and perfect size makes it a really nice thing to use, and certainly reaffirmed my desire to buy one when the game launches later this year. It may not be an incredibly in-depth Pokemon game, but it’s not designed for that sort of audience. This is the perfect experience for someone who loves Pokemon GO and wants something similar for their Nintendo Switch. Even still, I had fun playing it, and it will certainly tide me over until we get the fully-fledged Pokemon RPG experience in 2019.

Judging by the fantastic reveal trailer, Let’s Go, Pikachu and Let’s Go, Eevee are a reinvention of Pokemon Yellow both in terms of spirit and setting. You’ll begin the game as a young child settling into the Kanto region before setting out to become a Pokemon Master.