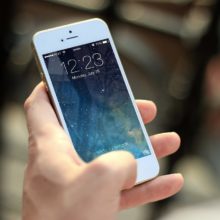 Wow! Even three days since the show doors opened, we were still undecided on our favourite game of E3 2018. Having seen 50 minutes of Cyberpunk 2077 played in front of us there is no further doubt.

Based on the tabletop role-playing game, Cyberpunk 2020, and developed by the team behind The Witcher series, CD Projekt Red, this new RPG is by far and away the best thing we have seen at the LA show.

Something to get out of the way from the off, Cyberpunk 2077 is, at its heart, a first-person shooter, but in the same respect as Fallout and Deus Ex. Gone is The Witcher 3’s third-person perspective, but the gameplay demo showed there is good reason for the swap.

A lot of the action is based on gun play, through the eyes of main character “V”, and interactions with the world and NPCs around you is much more personal than ever before, so suits the first-person perspective more. V can be male or female, it’s up to you – hence the shortening of the name – and you can fully customise your character from the start. It is a role-playing game in every single way, with characteristics and stats. Even a backstory can be chosen before you kick off.

Then, throughout the game, you can upgrade and customise your character. We saw in the demo that even innocent items of apparel offer different boosters and benefits. V’s jacket hanging in her room at the start (V was female in the E3 demonstration) offers protection against poisons and the like. We were told there are many many more examples in the main game too.

One big element of the game are cybernetic implants – it is called Cyberpunk, after all – and they too give you incredible abilities whenever you have them installed or upgraded. In that effect the game reminds us a lot of Deus Ex: Mankind Divided. Indeed, there are many other similarities, with digital read-outs above characters’ heads, different ways to complete missions, etc.

Cyberpunk 2077 differs in many other ways, however. It is much brighter and more colourful, it is bigger and with vehicle driving elements, and it is completely and utterly open world. No loading screens, no auto travelling between locations. In effect, it is a futuristic Grand Theft Auto, in first-person and with an even more vibrant, interactive, thriving community of characters, buildings and people wandering around at all times. The game is set in Night City, a region in 2077’s northern California, and the setting seems to be a character in itself. It reminds us a lot of Judge Dredd’s Mega-City One, with huge sprawling mega blocks – inside one of which V resides. And each mega block is an additional open world location, which you can explore and interact with throughout.

In our demo, we then travelled from our room in the block, down the lift, and out onto the street with no stuttering or obvious loading at all. We then made our way through dozens of people milling about to meet friend and fellow gun for hire Jackie, then headed to meet a fixer to get a mission, then to a ripper to get new cybernetics installed, then to Jackie’s car to drive to a mission locations, and so on.

Not once were we faced with a loading screen or even a cut scene. Everything seemed to be in the control of the CD Projekt Red staff member playing the game. To say we were impressed would be a huge understatement. Our mouths were just gaped wide open for the entire time.

Brutal but oh so rewarding

Even the action is stunning &#8211; especially so for a development studio not normally known for shooters. Having been impressed by what we’ve seen of Fallout 76 so far, Cyberpunk 2077’s combat is on a different level. Brutal too. In the main mission, we had to buy a spider bot from a team of heavily cybernetic thieves, but it went south quickly and V and Jackie had to fight their way out of the building the transaction was taking place in. Different guns were shown, plus multiple occasions of legs being violently detached from bodies.

It seems shocking at times but in context for this heavily adult game. Like The Witcher 3, there is nudity, swearing and gore, which won’t be for everyone’s tastes but works for what the developer is trying to achieve. It can be a little unnecessary at times, we felt, with some four-letter word laden phrases making several people cringe in our demo, but we can forgive it for the sheer quality of the rest of the experience.