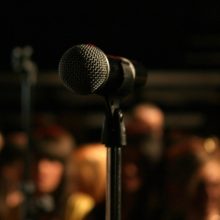 Ubisoft’s E3 2018 press conference is over, and the publisher put on a great display with the likes of Assassin’s Creed Odyssey, Beyond Good and Evil 2 and The Division 2 showing up to impress. We saw plenty of trailers and release dates for upcoming games, too.

Trusted Reviews has compiled everything you need to know about the Ubisoft E3 2018 press conference including all the latest news, announcements, trailers and more.

Ubisoft E3 2018 press conference summary – How was this year’s event?

Ubisoft had a decent show this year, even if the majority of its announcements proved predictable. Beyond Good and Evil 2 saw a fantastic new trailer and introduced a familiar face hardcore fans will adore. Trials Rising was announced as the latest entry in Red Lynx’s motor-cross series, and it looks fittingly absurd. Having already received a gameplay demonstration at Microsoft’s briefing, The Division 2 instead received a cinematic trailer and details on its post-launch plans. In short, everything will be free!

Pirating adventure Skull and Bones received its first major update in over a year and Nintendo made a brief appearance to announce Starfox for Starlink: Battle for Atlas, a new toys-to-life venture by Ubisoft. The star of the show was undoubtedly Assassin’s Creed Odyssey. Set in Ancient Greece, we were treated to a lush reveal trailer and plenty of gameplay ahead of the October 5 release. All in all, Ubisoft managed to impress like it always does.

Ubisoft E3 2018 press conference video – Watch the event for yourself

Although the event is now over, you can relive it in all its glory below.

21:01: The Ubisoft press conference has begun, and some snark has already been thrown at leaks having emerged before the show. As usual, things are kicking off with a stylish sizzle reel of titles we expect to see this evening.

2102: Are you a fan of dancing pandas? We hope so, as Ubisoft has started with a bang with some incredibly talented dancers making their way into the theatre. They’re presumably here to announce Just Dance 2019.

2104: It’s still going. Considering the popularity of Just Dance across a slew of platforms, it’s no surprise to see Ubisoft giving it pride and place at this year’s conference.

2106: The dancing is finally over! Now we’ve got a new trailer for Beyond Good and Evil 2 , a project announced in 2017 after years of the project being shrouded in mystery. The CG trailer is absolutely stunning, featuring the same ensemble cast of characters we encountered in the reveal trailer. Check it out below and witness the return of a beloved character:

2112: Ubisoft builds upon the trailer with a glimpse at Beyond Good and Evil 2 in a pre-alpha state, so you can expect some of the stuff being shown to change before the final product. Players can explore an absolutely massive world on foot or via spaceship, and it looks hugely ambitious. Ubisoft is issuing an open invitation through the Space Monkey Program, where budding creators can contribute to the development of Beyond Good and Evil 2.

2221: A motorcycle has entered the theatre. Ubisoft is certainly full of surprises this year. This was all in anticipation for a new Trials announcement. It’s back and bigger than ever in Trials Rising. It will be more accessible for newcomers with new tutorials, while veterans can still expect the same number of creative challenge in Rising. A closed beta is happening later this year ahead of a February 2019 release for PS4, Xbox One, PC and Nintendo Switch.

2128: The creative director for Tom Clancy’s The Division 2 is here. Taking place in Washington D.C, it’s a stark visual difference to the original. You can watch the new cinematic trailer below:

2134: The Division 2 will feature three unique paths of specialisations after the main campaign is over. This will grant you new weapons and a mode of progression that allows you to be the soldier you want to be. Raids are also coming to The Division 2 as the “ultimate endgame challenge” Three DLC episodes are planned for The Division 2, and they will be free for everyone! It’s coming to PS4, Xbox One and PC on March 15, 2019.

2146: Skull and Bones has received a new trailer, proving that piracy isn’t dead after all. The new cinematic trailer is something to behold, too:

2151: Skull and Bones takes the ship combat first introduced in Assassin’s Creed and builds it into a fully-fledged experiences. Your ship is fully customisable as you embark on missions and engage in skirmishes with other players. It looks fun, and it’s not often we see a swashbuckling adventure like this.

2156: Elijah Wood, creative director of Transference is here alongside the game director to talk about their upcoming project. The first-person narrative adventure has you switching between different members of the same family and into the consciousness of one another.

2158: Coming to virtual reality and traditional platforms, Transference seems like a psychological thriller we’re very eager to sink our teeth into. It’s also wonderful to see Ubisoft diving into such unorthodox projects. It’s coming in Fall 2018.

2200: Now it’s time for a gameplay trailer of Starlink: Battle for Atlas. The toys-to-life sci-fi shooter looks very serious, and the way in which you’ll use the real life figurines seems genuinely creative. Set to launch in October 2018, we don’t have long to wait:

Starfox was probably a huge inspiration for Starlink, so it seems fitting that the furry hero is coming to Starlink: Battle For Atlas as a playable character. He’s exclusive to Switch, though. Shigeru Miyamoto, the creator of Zelda, Mario and Starfox is also in the audience.

1007: It’s time for a brief update on For Honor. Starting today and until next week, the Starter Edition of For Honor is available for free on uPlay. No catch, just log in and download it right now. For Honor is also expanding its horizons with a new expansion – Marching Fire. It’s the team’s biggest and most ambition addition thus far.

2214: The Crew 2 is launching in only a couple weeks time, and  an open beta is coming to all platforms on June 21. You can preload the trial right now if you’re extra keen.

2216: After already leaking through a keyring in recent weeks, Assassin’s Creed Odyssey has finally been confirmed with its debut trailer. It looks pretty stunning, and seems to build upon the template introduced by Origins in 2017. You can play as two characters in Odyssey: Alexios or Cassandra.

2227: Now it’s time for an extensive gameplay demonstration for Assassin’s Creed Odyssey. It seems to play in a similar fashion to Origins in terms of combat and exploration. That being said, there are plenty of flashy skills and weapons being used. Oh, and it’s positively gorgeous. Dialogue options are a major new feature, suggesting that players will have plenty of moral decisions to make.