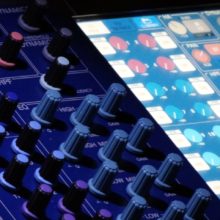 La Liga, one of the most-watched football leagues in the world, has found a sneaky way to get football fans to rat out pirates. Its official Android app, which has around 10 million downloads, doubles up as a spying tool.

During games, the app uses the microphone of the device it’s installed on to listen in to the user’s surroundings and work out if a La Liga match is being played in the vicinity.

It then cross-references this with GPS data to figure out where the user is, and work out whether the game is being shown legally or illegally by a bar or similar premises that requires a license.

While La Liga is technically doing nothing wrong, as its app asks users for permission before spying, the details are buried in the privacy policy, which few people ever read in any sort of depth.

According to Eldiario.es, which first discovered the functionality, the app is only able to do its spying through devices located in Spain.

La Liga says that “nobody accesses the audio fragments captured by the microphone”, and that none of the recordings are stored by the organisation.

Still, it’s a creepy way to go about your business. Since the news first broke, the La Liga app has been hit with a wave of negative reviews, with several users claiming to have now uninstalled it.

You can opt out by cutting off access to your microphone and GPS data in settings.

Is this the right way to go about tackling piracy? Share your thoughts @TrustedReviews.

The post La Liga is sniffing out and locating football pirates in a really creepy way appeared first on Trusted Reviews.