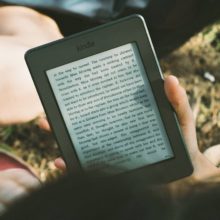 Take a look at your flatscreen TV. Looks good, right? But how does it sound? When TVs became flat, the room for decent speakers more or less vanished overnight. To remedy this, you need a dedicated speaker that can match the aesthetics of your screen (you know, wide but slim) but provide the sonic oomph you&#8217;re missing. Like the new BlitzWolf&nbsp;BW-SDB19 soundbar that you&nbsp;can get 19 per cent off for a limited time using the following code:&nbsp;BWSDB19.