Chrome OS might finally get some proper Android phone integration 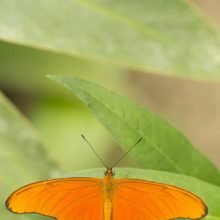 While macOS users have benefited from iOS Messages integration for years, those batting for Team Google have experienced no such joy when it comes to Android and the Chrome OS.

A new Google Chat web app (reportedly coming later this year) should help matters, but signs suggest the company has a little more in mind. The Chrome OS could be in line for full integration with the Android Messages app, judging by code spotted within the lightweight desktop OS.

Folks at the eagle-eyed XDA Developers (via Android Central) website spotted commits within the Chromium Gerrit showing the long-awaited feature is on the way.

It’s not clear what form the integration will take, but it might be similar to the way Mac owners are able to receive their iPhone’s text messages through the dedicated app Messages within the macOS. This works best when exchanging iMessages with other Apple users, but it also integrates SMS messages from other platforms like Android.

Google’s messaging strategy has been muddled to say the least in recent years, with the death of GChat and the waning use of Hangouts. The forthcoming Chat app will, according to reports, arrive before the end of the year to augment the existing Android Messages app. Reports say the RCS-based app will make the basic SMS functionality as media rich as the top messaging apps. It’ll offer proper group chatting, read receipts and typing indicators, as well as full-res images and videos. There’ll also be a web client, which users can log into by scanning a QR code on their phone, but, sadly, no end-to-end encryption.