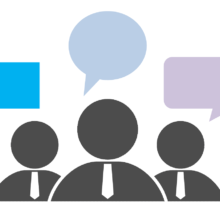 We’ve reached the end of WWDC for another year and, although the 2018 edition lacked hardware, Apple flooded us with software announcements.

On the Mac side of things, we get macOS 10.14 Mojave, which can be test driven in beta now, and will roll out to consumers this autumn.

Amid the new dark mode, the integration of iOS apps, and the ability to record screenshots as video, more features are emerging via those delving into the initial beta release.

For instance, Apple has dumped Facebook and Twitter integration from the first Mojave beta, as well as Flickr and Vimeo. Those platforms no longer appear alongside the likes of iCloud, Exchange, Google and Yahoo in the Internet Accounts settings within System Preferences (via AppleInsider). If Apple carries that change through to the consumer version, it means Mac users will no longer have the ability to natively share content through those services. Instead, they’ll have to use the dedicated apps or web services, although it appears Facebook users will still be able to integrate events into their macOS calendar.

Facebook and Twitter sharing has been baked-in to the desktop operating system since the release of Mac OS X Mountain Lion, back in 2012, so this is a significant change.

It appears to be related to Apple tightening macOS security, making it harder for third-party services to track customers. Within its Safari browser in macOS Mojave and iOS 12, Apple is also cracking down on social networks tracking user activity across the web by circumnavigating existing do-not-follow systems.

Now Safari will warn users that websites like Facebook may have comment/sharing boxes that could track them and give users the choice as to whether they enable them.

“It turns out these things can be used to track you, whether you like or comment or not,” Apple’s Craig Federighi said on stage at WWDC 2018. “This year, we’re shutting them down.”

Do you think Apple is doing more than its rivals to safeguard user privacy? Let us know @TrustedReviews on Twitter.